Mozilla currently relies on a number of open source and free software projects. In some cases the software produced by these projects is incorporated into Mozilla products. In other cases we run it as part of our infrastructure, or Mozillians use it to get their jobs done. The Foundational Technology track is open to such projects who are in need of funds.

What your application should include

Applications should be jointly submitted by the leader of a project and an established Mozillian who will champion the award. Your application needs to meet the following criteria:

We expect the vast majority of MOSS awards to be singular rather than regular — that is, support for doing a particular defined thing, rather than ongoing support for a project in general. However a previous award proposal, successful or unsuccessful, does not disqualify a project from applying again. The minimum award for the Foundational Technology track is $10,000, and the maximum is $250,000.

How we’ll make our decision

All criteria are indicative rather than determinative — that is to say, they will make us more or less likely to make an award, but none will guarantee a particular outcome.

What a Mozilla champion does

A champion does a few different things:

This review process might involve answering a set of standard assessment questions at the mid-point and at the end of the award period, and giving your written opinion of the overall success of the award. The time commitment should not be massive, but it will require thoughtfulness and honesty.

What if my project doesn’t have a legal organizational home? I see this is disfavored, and exceptional circumstances are required. What might count as “exceptional”?
You tell us. If a project doesn’t have a legal organizational home, we will be handing a large sum of money to an individual with only limited accountability. This means a higher level of complexity and risk. So you need to describe why it’s reasonable and important for us to accept that additional risk. We will listen because Mozilla is a pretty flexible organization, but we can’t promise the result will be as you hope.
What about tax?
Recipients are responsible to determine the tax implications of receiving an award, based on their respective countries’ tax laws and compliance requirements. Amounts applied for should be sized such that any tax or other liability that will be incurred is accounted for. Mozilla reserves the right to use different payment mechanisms or tax characterizations for different awards in the MOSS program based on a number of factors specific to the award. 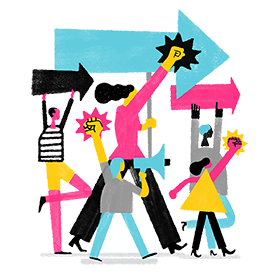