Ray Fambro began by asking for feedback about all things regarding browser information organization. The product manager then got more specific: What kind of insights did the community have about tab management?

Plenty, as it turned out. Every day for the next two weeks, Fambro signed in to Mozilla Connect, Mozilla’s new community platform, to listen. He reviewed comments, assessed feedback and otherwise engaged with Mozilla’s user community — one known for its talent, knowledge and an enthusiasm sometimes bordering on fervor.

With the launch of Connect, Mozilla has brought that community more directly into conversations with the employees in the midst of building the products they love. The platform acts as a collaborative space where people share product feedback, submit ideas and have the kind of meaningful discussions that can impact future releases. “We’re opening up new opportunities for us to connect more with our users and make them more a part of product development,” said Product Community Manager Jon Siddoway.

Of course, not everyone in the community is a developer or has an interest in code. But those aren’t necessary. Every member can offer ideas or vote on those that appeal to them, and, as Connect’s name implies, engage in discussions with like-minded people.

“Connect is a space where the community is not dependent on our moderators, but where members can have conversations,” Siddoway said. “Our users are passionate, and when they come to the community they see that many others share their interests and also feel strongly about Firefox and Mozilla.” Case in point: Asa Dotzler, product manager for Firefox accessibility, who was a graduate student in architecture with no coding skills when he became fascinated by Mozilla’s vision and joined its community.

A Sense of Belonging

Brands have been talking about community for decades, spurred largely by the rise of online forums where a single customer’s experience with a company or product, for better or worse, could be broadcast to far more people than only their family, friends and neighbors. David W. McMillan and David M. Chavis, professors at Vanderbilt University, defined community in 1986 as a feeling that members have of belonging, where members matter to each other and have faith that their needs will be met. Since then, a growing body of academic research and business books has delved into refining that notion and determining what makes a brand community succeed.

Even so, community remains a vague and slippery concept at many companies. Often it is just another word marketers use to describe customers, and frequently it is a one-way street down which brands encourage consumers to take on some of the work of spreading the word about their products. That’s never been the case at Mozilla, where a passionate, highly engaged volunteer community has helped build its products from the early, bug-filled days of the first Firefox browser.

At the core of the 1998 Mozilla project was a commitment to open-source development, and the volunteers who believed in that model played a vital role in developing Firefox 1.0, released six years later. Since then, thousands of people have offered ideas, suggestions and criticisms that continue to shape the browser and other Mozilla products. Between 2017 and 2019 alone, 22,821 non-employees made more than 2 million contributions to Mozilla products, according to the 2020 report “Mozilla and the Rebel Alliance.” Almost 750,000 of those contributions focused on Firefox, with more than 65,000 specifically involving code.

By the time Siddoway joined Mozilla late in 2021, its community was gathering on a clunky platform that lacked some of the capabilities needed to make interacting, moderating and organizing as easy, efficient, and enjoyable as Firefox’s leadership wanted it to be. They also hoped to enhance the connection between community members and employees.

The first step toward those goals was to replace the previous platform with a feature-rich one that would encourage participation. Connect now includes new forums, discussion threads, and elements of gamification. But the heart of the platform, Siddoway said, is its idea exchange. Members can submit an idea for a new feature they’d like to see in Firefox or a new product, and others in the community can comment and vote on the idea, allowing the best ones to surface. (Siddoway noted that users should continue to report bugs through Bugzilla.)

Once building the new platform was underway, Siddoway, who’d been managing the community on his own and routing feedback and comments to employees as needed, began recruiting product managers and engineers to join him. Fambro and his colleague, Ania Safko, both desktop product managers, were the first to participate when Connect launched quietly in the spring. After a few weeks, Siddoway met with them to discuss how things were going.

Siddoway was pleased by what he heard. The PMs reported that a lot of engaging, interesting conversations were happening. Fambro’s initial feedback request had generated dozens of responses about bookmarks and tabs, topics that elicited strong opinions among many in the community.

As with any launch, there were rough spots to be worked out. Siddoway initially thought they’d have two product managers commit to two-week cycles engaging on the platform. But was that ideal? The team decided it was still too early to tell as much would depend on the number of comments coming in and how much time PMs would spend reading and responding to them.

Siddoway and the product managers ultimately agreed that the community’s engagement would be most valuable to their work at two key stages of product development: at the start, when they’re brainstorming ideas for features and products, and at the end, when the developers are testing what they’ve built.

“It’s really useful for us to engage with users in exploratory conversations when we know we want to improve a certain experience but we haven’t made a decision about the exact solution,” Safko said. “We are interested in how people use Firefox and how they think about their day-to-day browsing needs.”

The goal isn’t to define specific solutions, but to let the ideas fly. “We’re asking the community to come up with the most innovative, blue-sky ideas that can possibly address a problem we should consider solving,” said Fambro. “Sometimes you'll see really prescriptive posts that clearly highlight opportunity gaps. Although all problems need proper definition and preliminary understanding before solutioning, we still welcome all suggestions and appreciate the opportunity to learn and engage.” And if a feature has been incorporated into the browser experience, the Connect community can offer valuable feedback on whether it is performing as intended “in the wild,” Fambro said.

The team needed to discuss another, less tangible issue: How could they keep conversations from getting derailed? “Mozilla has built a rich open source culture over the years and from the beginning has been community-focused,” said Fambro. “A lot of our loyal users are very entrenched in our development process, which comes along with a lot of opinions.”

Those opinions are highly valued by employees, as well as by community members themselves. Many seasoned contributors note their long-standing commitment to Mozilla in the conversation threads. “We are grateful to be able to leverage a community of folks that know our products inside and out, many of whom have helped to build some of our core product features,” said Fambro.

The flipside is that loyalty can sometimes cross the line into something a bit more challenging to navigate. “Because we’ve developed a rapport of open dialogue with our users, we sometimes risk a forum resulting in very vocal opinions,” said Fambro. “Keeping the conversations focused, on topic and respectful can sometimes be a challenge.”

Siddoway’s antidote to any disagreements that might come up is transparency. Many of the complaints he’d heard in the past involved people asking why a choice was made or why something happened and not getting a clear answer from employees. On Connect, he wants those channels to be wide open. “As long as we're communicating with the community and sharing as much as possible about why we are doing or not doing something, people understand and trust us,” said Siddoway. “They might not necessarily agree, but as long as we have guidelines set up that allow criticism, as long as it's constructive, we can have meaningful conversations.”

Motivated by the Mission

An online community lives and dies on participation. There is no easy trick to inspire people to join or to post and comment once they do. In their research on the nature of community, McMillan and Chavis named four key factors that make a difference: membership – an understanding people have about who is in the community and why – influence, fulfillment of needs, and emotional connection.

An online community lives and dies on participation. There is no easy trick to inspire people to join or to post and comment once they do. In their research on the nature of community, McMillan and Chavis named four key factors that make a difference: membership – an understanding people have about who is in the community and why – influence, fulfillment of needs, and emotional connection.

Considering Firefox’s history, perhaps it isn’t surprising that early engagement on Connect exceeded expectations – even with Siddoway setting a pretty high bar. In most communities, he noted, engagement follows a 90-9-1 rule, with 90% of members observing without comment, 9% chiming in occasionally and 1% – the superusers – providing the bulk of the content. Three months after Connect launched, 4,500 people had signed up and there were about 5,000 posts and replies. Almost 45% of activity came from casual participants, five times the average.

Those discussions quickly made an impact on product development, too. Safko had conversations that helped shape the prototype for additional controls in Picture-In-Picture, Firefox’s popular feature that plays videos in floating, adjustable windows. The original prototype put emphasis on controlling a video timeline with a slider, but feedback pointed to forward and backward actions being a more common rewind pattern. As people often watch videos in Picture-in-Picture while doing something else, catching a moment they might have missed was useful to them. Another great contribution: After numerous requests, the product team enhanced PIP with subtitles and captions. That has both improved the feature’s accessibility for the hard of hearing and users who watch content in languages other than their primary one.

The question remains, however, of what inspires people to spend their time and energy online doing what is, essentially, helping a company succeed. In other words, in McMillan and Chavis’ framework, how is the community fulfilling people’s needs? Mozilla community members surveyed for the Rebel Alliance report identified two primary motivations: support of the company’s social impact goals and personal self-improvement, such as learning new skills.

Those findings dovetail with Dotzler’s explanation that both intellectual and social motivations inspired him to get up earlier each morning to spend a few hours reporting bugs and connecting with other community members. “It was fun and it was also social, “ he said. “I got to talk with people who make the browser that I love. How cool is that?” 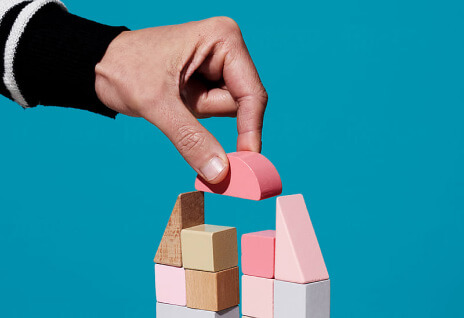